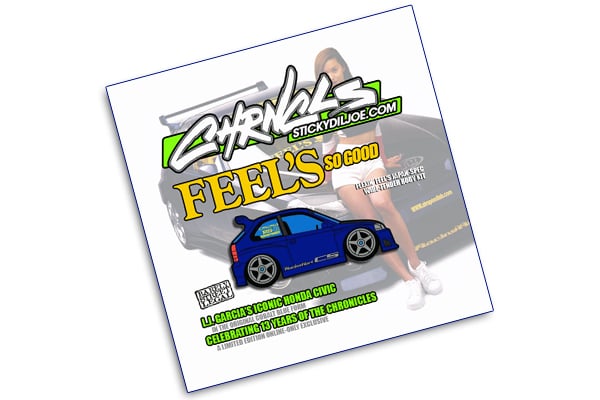 This is Version 2 of the pin which features the FEEL'S Civic in it's Cobalt Blue stage when it appeared on the cover of Import Tuner magazine in 1998 with Francine Dee.

If you've been following my journey trying to bring LJ Garcia's old FEEL'S widebody Civic to Wekfest LA, you'll know exactly why this pin is a special one. I wanted to try to make as many as possible so everyone who wants one can get one without running into scalpers. Roughly half were made available at Wekfest and the other half are available online now.

These are all individually numbered but the ones you receive will be randomized. The backing card was designed by myself to resemble the old Import Tuner cover in which the car first appeared back in 1998.

If you purchase more than that you will be refunded for the rest and the they will go up on eBay instead lol. Please don't buy them just to flip them because there are actually people who really want these as collectibles. I have people who don't even collect Leen pins who want these!!

*Unfortunately due to the recent changes brought on by Brexit, we are no longer able to make our products available to the United Kingdom and surrounding countries who require VAT. Sorry!!

0
Your bag is empty
Start shopping